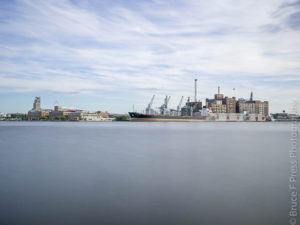 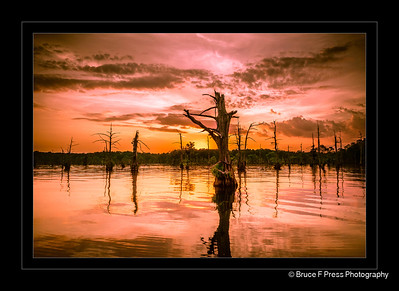 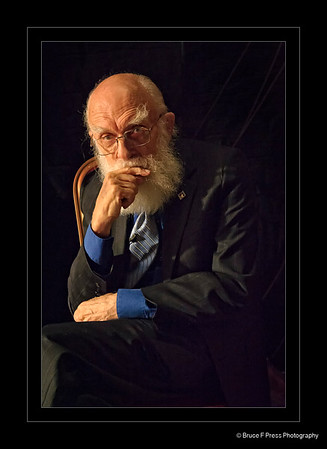 I have the same problem most photographers do, Equipment Acquisition Disorder. It’s ugly, painful and the treatment is very expensive. Yet, every once in a while I’m in remission and I’m able to almost be a normal human being. The kind of person who recognizes how much I already have and what I can do with it. So, in between boughts, I managed to have a couple of successful studio sessions with a single light (Einstein e640) and a single modifier (a Buff 30″x60″ modifier). Not only was I able to have some very different lighting on my model’s face, but it didn’t stop me from getting the looks I wanted.

So, I lied a little. There’s an SB-800 with two blue gels throwing a splash on the backdrop. I don’t really count that, but it appears in the next couple of shots. In this shot I was pushing toward short lighting, but I brought the source in nice and close. I used a piece of foamcore (held by an assistant) to make sure her pretty curls weren’t lost on the shadow side.

This shot has the same setup, but with the model turned to take a broad light shot. I’ve been enamoured lately with B&W conversions of my portraits and I think there is enough contrast for it to work here. The light was pulled back just a bit to get a little more definition in the shadows.

Same lighting, with the light pulled back (you have to, since it is such a large source) and my position raised up above the model’s chin level. I really wanted the focus pulled right into her eyes.

One light, no fill, no background light. I was going for an old-hollywood feel with this. In Perfect Photo Suite 7, I added blur in Perfect Focus and used Perfect B&W for the conversion.

Again, going for the glamour. However, this time, it isn’t a soft and I kept most of the color (although the tones aren’t quite as vibrant, except in the lipstick, to add to the period feel).

So, it’s likely I’ll be back in the depths of my illness and dropping coin on something I desperately “need” sometime soon. However, the next time I’m in remission or shamed by my wife, I’ll try to remember how much you can do with just one light, some patience, and that creativity thing. 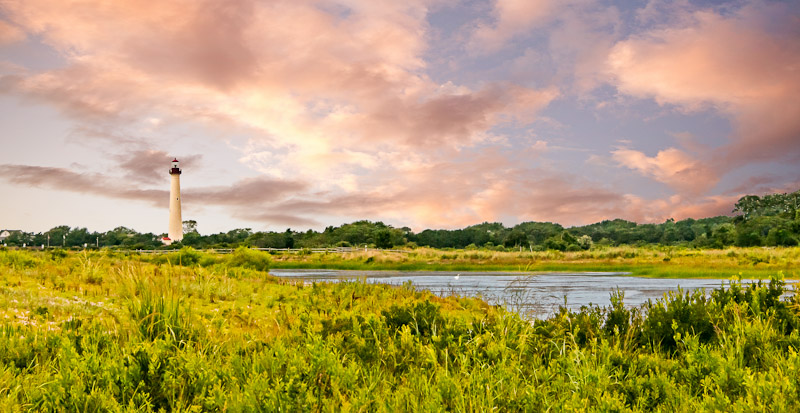 [/beforeafter]
While working on this image, my wife commented that it wasn’t a photograph anymore since it no longer looked just like it came out of the camera. Well, I don’t know about that, but it does fulfill my vision of what this shot was supposed to be.Yes, I added the clouds to enhance the rather lackluster sky and brought out the colors in my mind. Those of a later day shooting opportunity I didn’t have.The bracketed shots were merged using the ‘Merge to 32-bit HDR’ plugin from HDRSoft for lightroom. Tonemapping was started in Lightroom and completed in OnOne Software Perfect Effects . There was a little bit of masking in photoshop to replace the sky.

When Jen and Adam were married, Adam had committed to but not entered into the Marines. So, they were unable to have their wedding album full of pictures of Adam in his handsome uniform. Now, a year later, they were back in town and we managed to get an hour together to take those pictures.

I was very honored to be asked to take these for them. I’ve known them both for many years and they are such a pleasant couple to be around.

The image above was processed starting in Lightroom 4 to balance out exposure, then exported into Photoshop CS5 to remove the diffuser. I could have stopped there. However, when time permits, I just love taking it to the next level with OnOne Software’s Perfect Photo Suite. I used Focalpoint to separate the couple from the surrounding garden and trees, then I used Perfect Effects to give it a little late day light.